Well, we put our names down for the waitlist for the cruise leaving Sydney today and ended up 4th on the list. Pity, was an interesting itinerary and went to all the places we wanted to go.

So now we are working out Plan B. This time the cruise leaves Japan and ends up in Vancouver, so all in chilly weather which we don’t like very much. However  it does Japan and fits in timewise with T’s next appointment. Can put away all the light clothes I had out for the March 6th cruise and replace it with merino stuff.

Cruise is just over a month and we would be leaving here about the 28th of March which of course is right on Easter!

T held off going to the Matamata sculpture symposium which started on Monday but headed off today  like a happy wee bee on a rose, no make that lavender.

I have just spent the last two hours weeding and generally hacking at the garden. So I am happy too.

My back is still a bugger but have been to the specilaist who said ‘yes’ the pins and needles were from my back- so all that testing(expensive) was unnecessary as I suspected.The back man laughed when I told him and said at least I now know that my brain and carotid artery (ies/) are fine.

I am doing a series of exercises 3x a day and gradually loosening up the muscles, the left side was locked down tight!

The widdler is not such a happy story but the backman suggested that the exercises for the back may tighten up the muscles and help with the widdler. Cannot get anything done, no surgery, no nuthin, simply an after effect of radiation- the gift that keeps on giving!!!! Also found out from my visit to the widdler specialist  that no cancer cells were now present and that I had uterine and cervical cancer.  Nobody ever told me, they probably presumed I knew, origin was the uterus…

Briefly saw Nik and Sev the other day, they were returing the ute- two days later I got a traffic fine- the ute can actually do 59 k’s an hour! 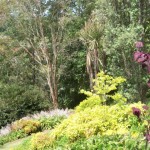 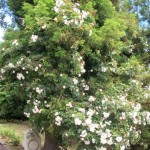 Garden is very dry, at least the weeds are staying relatively under control. We now only have Joanne helping us, half to one day a week and that seems enough, though if t gets worse we will need more help in the garden.

Nothing from the real estate agent, only one couple thru, think she is keeping a wide berth because of the freezer debacle. God that was a foul job. She sent us a bill for open2view which we haven’t paid so we are probably being punished  for that as well, but have not seen any photos on the web…. May just get open2 view to come and do the photos for us and then put the place on Trade Me as a private sale. I will check with them if they have been out here at all….

This next bit is for females only tjough T laughed when I told him!

I have some lovely baby balm I use when widdler is really irritated and the other day after washing my hair realised I needed some balm, however instead of putting on the balm I liberally slathered myself with hair wax! Had very stylish  pubes for a brief time till I realised what I had done. Cleaned that off in a flash and no repurcussions! Mad old bat! 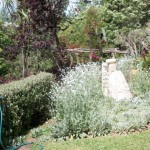 Terry is so indolent….