Just under a week to go before Terry’s next lot of x-rays. He had to wait 6 weeks to see if the infection from his bad dose of bronchitis had caused some of the issues in his lungs. Been a long six weeks! T’s health seems OK and he is still doing his usual heavy work on the property. I try and help but usually carry the light end!

We have tried to fill it. Had a week in Samoa which we really enjoyed. Stayed at a resort called Coconut Beach Reasort , right on the beach next to Sinalei Resort. Both  well set out, ours was more ‘island style’ with lots of palm frond rooves(over iron).  We swam and snorkelled and kayaked to our hearts content in the lovely warm water.  The on site restaurant had great food, and we ate and drank our way merrily thru the week.The night we came home we ended up putting on our dressing gowns over our clothes we were so cold. 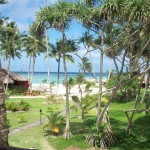 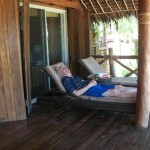 Resting on our deck…. 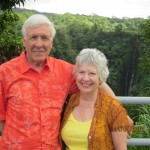 Home again and back into the beast of a garden. We are in the Tauranga garden and Artfest for the fifth time in 10 years- our last! Even I have had enough of being made use of for the agrandisement of a few ‘names’. However the garden is getting a going over. Have redone lots of edges and tidied up plantings, cut stuff out, redone steps etc- just poured money into it really but nowhere near as much as some people do. There are 60 gardens this year down from 120 of previous years- ‘had more sense’ muttered Terry. 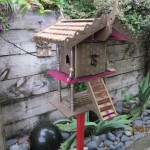 My xmas present – Thai spirit house, made by Terry 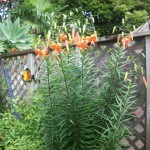 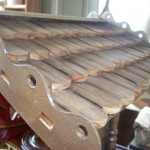 Tiled roof on spirit house- 77 tiles all made by Terry

Knowing I was going to be incarcerated for a time I got in touch with the local Polytechnic and since March we have had two students come for the equivalent of 8 hours on Saturday. We have had a mix of tudents but one constant0ne – Joanne. We now  seem to have  settled with Joanne and Kaye, Kaye knows gardens and Joanne is a very hard worker so it works well. ‘Only till the garden and artfest is over’ mutters Terry. We still have Ian on a Wednesday who does pruning, and all the tricky stuff plus gives suggestions as to what should be done here and there.

The garden is certainly showing the time put in. I did a lot of forward work last year as it is very obvious when all the work is done just before the event. I was quite grateful for the prednisone that was given to me last year as part of the first lot of chemo, gave the garden a kick start. I only had about a month this year when I did not want to know but usually managed to stagger down at the weekends when home from Hamilton. Terry worked gallantly thru the lists I left him.  I am again able to work all day in the garden but only for about 4 days at a stretch then the back and the rest of me protests. My veggie garden is producing salads and broad beans are flowering, asparagus is early and we are picking a little. The runner beans are away and the sugar snap peas are up! Plus my potatoes are starting to chittle so will be going in soon. Lots of citrus, so we are eating loads of it.

Have had two brothers die this year within six weeks of each other. They were the middle two of four and were each others best mates. The elder of the two died while we were in Samoa. One was 78 and the other 80. I still have an 84 year old and a 76 year old brother plus a 77 year old sister. All a lot older than me- I will be 67 next week.

Today we are going grocery shopping then tomorrow- Thursday thru to Sunday we will labour in the garden and on Sunday we are going to a Wurlitzer concert with jazz overtones- heaven forbid!!! So the time passes!

The curls are starting to go….. 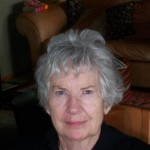 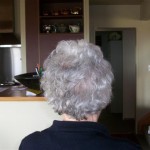